MY KITCHEN HAS BECOME A HORNET HANGOUT


I’m feeling pretty proud of myself at the moment. Why? Because I single-handedly killed four hornets in my kitchen during the past month.


I know that may not sound like much of an accomplishment to most people, but when you consider I’ve been terrified of hornets most of my life, then the fact I actually allowed myself to come within 10 feet of one was a major accomplishment.


I can remember back when I first got married and came face to face with two hornets flying around in the bathroom one day. I screamed, ran out of the bathroom and made a beeline (pun intended) for the back yard. I then refused to go back inside (where I was certain the hornets were just waiting to viciously attack me) until my husband got home from work. If I had been thinking more clearly, I’d have realized there were more hornets outside than there were in my house, so I probably wasn’t any safer standing out in the yard.


My first reaction when seeing a hornet flying toward me has always been to run. I swear I could complete the Boston marathon in record time if a couple hornets were flying behind me.


Anyway, a few weeks ago, it seemed as if every day there was a hornet flying around in my kitchen. I couldn’t figure out how they were getting inside. There weren’t any windows or doors open, and my house is pretty airtight.


The mystery was solved the next day…in a painful manner.


I reached into my newspaper tube, as I do every morning, and felt a sharp pain on the back of my hand. I quickly yanked it out…along with a hornet that looked pretty ticked off at me. That’s when I discovered that hornets were building a nest way in the back of my newspaper tube. It then dawned on me how they probably were getting into my kitchen…they were hiding in my rolled-up newspaper and hitching a ride inside with me.


So that night, I returned to the tube and unloaded half a can of flying-insect killer into it, basically transforming it into a toxic-waste site. Still, I didn’t feel entirely safe. So every day since then, whenever I remove my newspaper from the tube, I toss it down onto the road and then brutally stomp on it, just to make certain no hornets are lurking in the pages.


I can just imagine what someone driving by might be thinking.


“Hey, George! Look at that crazy woman stomping on her newspaper!”


“Hmmm. I guess the headlines must have really upset her.”


Anyway, because I just about turn my newspapers into pulp before I bring them inside now, I’m not sure how the hornet I killed just last night got into the house, which really disturbs me. I mean, did it come in on one of the dogs? Fly up through the furnace vents? Land in my hair when I took a walk? Or even worse, did it purposely follow me inside because it was seeking revenge for the savage destruction of its family’s condo in my newspaper tube?


When I first spotted the winged trespasser, I was doing the dinner dishes. The sink faces a window that offers a view of the back yard. And on that window, right about nose level, sat the hornet.  I jumped back, getting suds all over the floor. My first instinct was to do the usual and bolt away from it. But I controlled that urge and decided to be brave and stay to do battle.


Actually, I wasn’t really brave…I just figured if I ran out of the house, the hornet could fly anywhere inside, even into my bedroom, and go into hiding again. Then it would seek its revenge as I slept. Visions of waking up with my face covered with lumps the size of golf balls motivated me to take action.


I grabbed a can of hairspray and a flyswatter. Hairspray, for those who aren’t aware, works on all flying insects, by sticking their wings together. I sprayed the hornet and within seconds, it did a nose-dive into the sink, where I immediately gave it a bath in 140-degree water.


“Hope you enjoy your hot tub!” I fiendishly cackled as I then used the sink’s spray-hose to blast it and send it down the drain to its final resting place in the septic tank.


But I can’t relax, mainly because I’m still not certain how that particular hornet got into my kitchen. And I keep thinking that if he got in, then what will prevent another 100 of his buddies from gaining access the same way?


I guess I’ll just have to be fully prepared for battle and stock up on a case of hairspray, something I haven’t bought much of since back in the early 1960s when “beehive” hairstyles were popular. 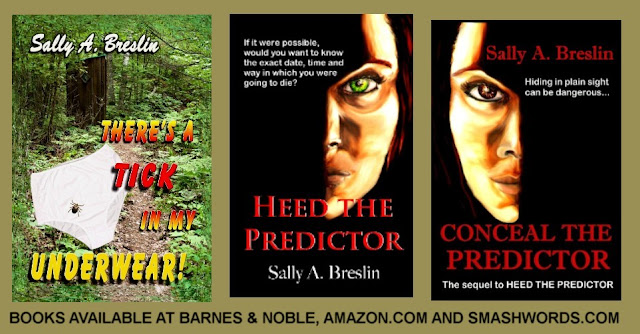