I MISS WATCHING THE BIDDING WARS ON EBAY

This is the first year in ages I haven’t bothered to sell any of my junk on eBay. Why? Because things have changed too drastically.

For one thing, no one seems to want to bid on auctions any more. They want the “buy it now” option. That’s because they don’t have the patience to sit around waiting to see if their bid will turn out to be the highest when the auction ends in a week. They want the item now! And even better, they want the seller to tack on the “or best offer” option, which means if they don’t care for the “buy it now” price, they can offer something even lower.

I can remember, way back when, the fun and excitement of watching the bidding wars for my items, and even better, being surprised when something I thought wasn’t even fit for the donation box at Goodwill would end up selling for over $100. If I had put a “buy it now” price on those, I’d have thought $2 was being greedy.

But now, all of that has changed.

I still can recall, years ago, when my uncle had done some cleaning and was going to toss out a box of stuff. I asked him if I could have it because maybe I could sell something in it on eBay.

He’d shrugged and said, “Well, as they say, one man’s trash is another man’s treasure. Good luck with it! I wouldn’t give you even a buck for the whole box.”

I searched through the box of “treasures.” There were, among other things in it, broken tools, a dented Civil Defense helmet and a clamping device that held ice-skate blades solidly in place for sharpening. It must have weighed close to 20 pounds.

And then there was the ladies’ hat from the 1920s. It was made of straw and had satin flowers and silk leaves in clumps on it. It was shaped like an upside-down bowl and looked as if someone had sat on it. The leaves were riddled with tiny holes, and the brim, which had been sewn to flip up around the entire edge, had come unstitched, so it was up on one side and hanging down on the other.

“I think this should have been tossed out back in 1925,” I said to my husband. “The only person who would wear it would be someone in one of those zombie videos, where they wear these old flowered hats and dresses covered with dirt when they rise up out of the ground.”

“I think I’ve seen a hat something like it before,” my husband said, “on a horse they called Old Dobbin. It’s just missing the holes for the ears.”

I don’t know why, but I decided to put the hat on eBay. I figured even if I got a dollar for it, it would be a dollar more than I previously had. I shoved the hat on a Styrofoam head and took some photos of it. It came out looking great in the photos…almost like brand new. 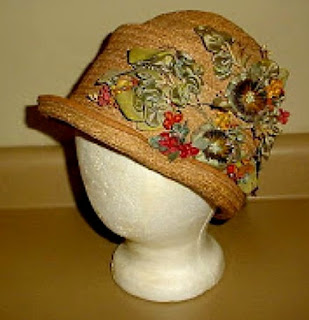 “Look at these pictures of the hat,” I said to my husband. “They look ten times better than the actual thing, for some reason.”

“Then you’d better be really honest when you write the description,” he said. “Be sure to mention the hat is so full of holes, it looks like Bonnie wore it in the shootout where she and Clyde were killed.”

I wasn’t quite that blunt when I wrote the description for eBay. I said the hat was old and not in very good condition, and it might make a good hat for trick-or-treat. Throwing caution to the wind, I listed the opening bid at $2.


“Check for a label in it,” my husband said when I told him. “Maybe it’s by some famous Parisian designer and we don’t know it!”

I checked every inch of the hat and didn’t see any labels or markings on it at all….except for a couple mildew spots on the lining.


One potential bidder e-mailed me to ask, “ What size head will this beautiful hat fit?”

Beautiful hat?  Was she, I wondered, looking at the right auction?

It was impossible to get an accurate measurement because the hat was so lopsided, and the straw had become so stiff, it sounded as if would crack into pieces if I tried to manipulate it too much. So I measured my own head, then plunked the hat on top of it. It barely reached my hairline, and I was pretty sure it was supposed to come down to my eyebrows.

I wrote back and told the woman my head measured 23 inches and the hat came to only my hairline.

She answered with, “Oh, that’s a shame. I also have a big head, so I guess the hat won’t fit me.”


“Some woman on eBay just told me I have a fat head” I huffed at my husband.

I received no sympathy whatsoever.


The hat finally sold for $76 to a man named Christofe in Paris, France. I was pretty sure the guy hadn’t had an eye exam in a long, long time.

“I can’t do it,” I said to my husband. “I can’t take the man’s money. Maybe my description of the hat gained something in the translation from English to French, and he mistakenly thinks it’s wonderful. Or maybe he didn’t even read the description because he can’t read English, and just looked at the photo, which makes the hat look a lot better than it really is!"

My husband shrugged. “Don’t worry about it. After all, when it comes to auctions, it’s ‘buyer beware.’ It’s not your fault if he can’t read English."

“But remember the last time I sold something to a guy in France? He ended up giving me bad feedback on eBay because he misunderstood the description.”


I finally decided to stop worrying and just wrap the hat and mail it. I crumpled some tissue paper and shoved it inside the hat so it would keep its shape in the shipping box. Then I picked up the hat so I could wrap the outside of it with tissue paper. When I did, half the flowers fell off and landed on the table.


That did it. The only thing I could do at that point, I concluded, was to write to the Frenchman, confess what had happened to the hat and offer him a refund.

So I sent the hat off to France, even though I was certain that by the time it arrived it would be nothing but a pile of straw with some moth-eaten leaves sticking out of it.

But to my utter shock, Christofe wrote a couple weeks later to say he loved the hat and it looked even better than he’d anticipated.

Yep, I sure do miss those days on eBay.

Sally Breslin is an award-winning syndicated humor columnist who has written regularly for newspapers and magazines all of her adult life. She is the author of several novels in a variety of genres, from humor and romance to science fiction. Contact her at: sillysally@att.net 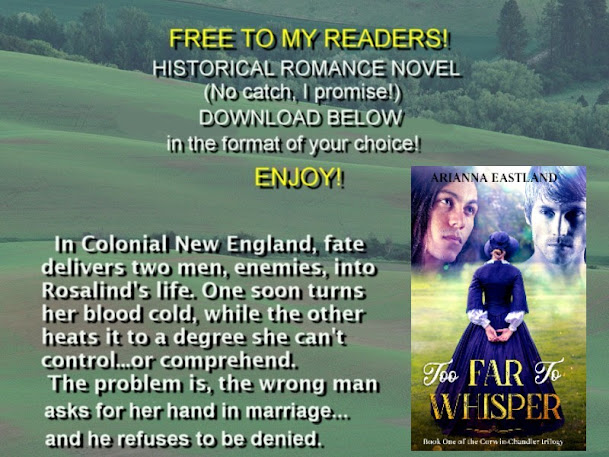 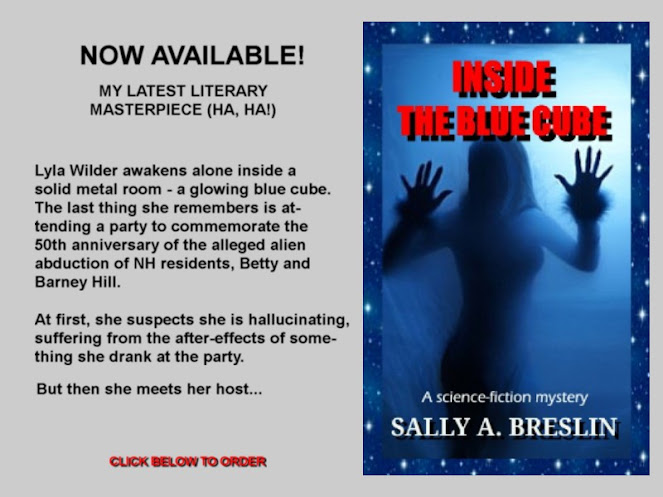 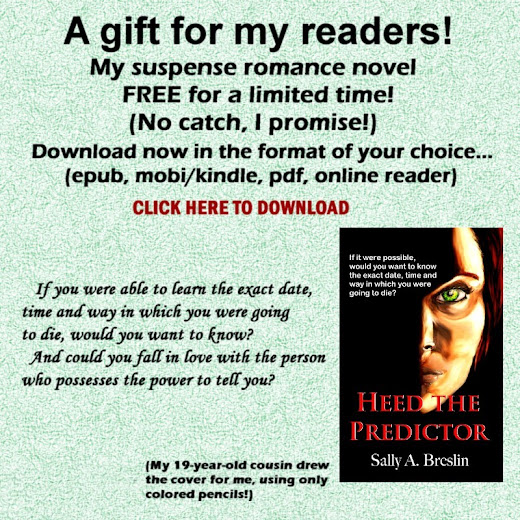