CHEMISTRY CLASS WAS THE ULTIMATE TORTURE

The other day, a friend of mine and I were discussing how much high-school courses have changed over the years.  Her son, she told me, was taking gardening and music appreciation to earn course credits.

Believe me, I would have killed to have had those options back when I was in high school.  In those days, the courses were divided into categories: college course, general course, commercial course and a few others I can’t recall offhand.  Students who wanted to attend college were forced to take the college course, which included such coma-inducing subjects as geometry, chemistry, trigonometry and algebra.  Once a student opted for the college course, there was no turning back after the school semester started.

Unfortunately, that is how I got stuck suffering through a class in college chemistry.

I didn’t want to take chemistry. I wanted to learn something useful like typing, woodworking or cooking.  Those subjects, however, were strictly taboo for students enrolled in the college course.  So I tried to convince myself that chemistry might be fun.  After all, I’d owned a junior chemistry set when I was about 10, and had created some pretty interesting concoctions with it, like disappearing ink and some green stuff that took the varnish off the coffee table. And I already knew a few chemical symbols: Au (gold) and H20 (water), thanks to Barry Goldwater’s campaign bumper stickers.

All of my hopes, however, dissolved the minute I met Mr. Ek, my college-chemistry teacher.  I had heard rumors about him long before I ever set foot in his classroom.  His nicknames included Ming the Merciless, Attila the Bun (-sen burner) and Brad (his first name) the Impaler. Still, as I took my seat in Mr. Ek’s classroom, I convinced myself that the rumors about him probably were totally unfounded.

Unfortunately, I was wrong.

Right away, Mr. Ek confessed that he was indeed tough, and that he expected his students to work hard…very hard.  “I promise you that none of you will receive a failing grade,” he said, “just as long as I know you are giving me your best effort.”

I am living proof that Mr. Ek was not a man of his word.

Within a week, I was wishing the chemistry lab would blow up and put a swift end to my misery. Had I been staring at a textbook of hieroglyphics, I probably would have understood it better than I did my chemistry book and all of its dumb equations.

Frustrated, I decided to have a chat with the school’s guidance counselor and beg him to change my course.

My pleas fell on deaf ears.  The counselor just shook his head and said, “If you want to attend college, you HAVE to take college chemistry.”

“But I want to be a teacher or a journalist,” I protested, “not a pharmacist!”

“No college will accept you unless you’ve taken the required college courses,” he said. “So I suggest you just buckle down and study harder.”

I studied, I honestly did; hour after grueling hour.  But for the life of me, I still couldn’t grasp college chemistry.

Apparently, I wasn’t the only one. Everyone in my class did so poorly on Mr. Ek’s tests, he had to grade everything on a curve. It got to the point where a 70 was considered an “A.” Unfortunately, I usually pulled about a 45.

One afternoon, I was sitting at my desk, taking yet another one of Mr. Ek’s killer exams, when I suddenly got a nosebleed.  I figured something in my brain must have exploded because I’d strained it while trying to make sense of his stupid equations.

I was forced to leave the classroom and spend the remainder of the class in the restroom.  As I stood at the sink and held a rough, brown paper towel against my nose, it dawned on me that my nosebleed had just bought me an extra day to study for the exam! Even though 100 extra days probably wouldn’t have been enough to help me, I still felt like a condemned prisoner who had just been given a last-minute stay of execution.

When I returned to the classroom to pick up my books, Mr. Ek cornered me.  “I want to see you back here immediately after school today,” he said. “I’ll have a whole new exam waiting for you, and you can take it then.”

So much for my reprieve, I thought defeatedly.

The make-up test turned out to be even worse than the original.  Mr. Ek, however, due to a previous appointment, had to forfeit the pleasure of watching me sweat it out.  He arranged for another chemistry teacher (a young guy, fresh out of college) to baby-sit while I took the exam.

There I sat in the empty classroom, with the young teacher’s eyes fixed on me as I stared helplessly at the exam.  I continued to stare, not even bothering to lift my pencil, for a good 15 minutes.

“Is something wrong?” the teacher finally had the insight to ask.

I shrugged. “It’s no use.  I can’t answer any of these questions.  You may as well just put a big fat zero on it right now and save Mr. Ek the trouble.”

The teacher looked genuinely concerned. “Let me have a look at it,” he said.

I handed the exam to him. His eyes scanned it, then he let out a low whistle. “This is brutal!” he said. “Ek must think he’s teaching fourth-year Harvard students instead of a bunch of high-school kids!”

He continued to study the exam for a few minutes longer, then looked up and cast me a smile that could only be described as devious. “I’ll take this,” he said, stuffing my exam into his briefcase.

The teacher shook his head and smiled again. “No, I’m going to TAKE it!” he said, repeating the words more slowly. When I just stared blankly at him, he explained, “I’m going to take the exam for you!  I’ll fill in all the answers tonight, then I’ll turn in the exam to Ek in the morning and say it’s yours.  That oughta get him!”

I was too stunned to speak, but I wasn’t about to argue with him. Sure, the little “conscience angel” immediately sat on my shoulder and said, “You sinner! This is cheating! How will you ever be able to look at yourself in the mirror again?” But at that point I honestly didn’t care.  I would have walked barefoot over hot coals to get just ONE passing grade in Mr. Ek’s chemistry class.

Two days later, the young chemistry teacher approached me in the school parking lot and asked in a hushed voice, “Did you get the test back yet?  How’d we do?”

I dug the paper out of my notebook and handed it to him.

From that day on, it never was quite as painful for me when I flunked my chemistry tests.  I mean, if a chemistry teacher couldn’t ace them, how on earth was I supposed to? I still wound up with an “F” for the semester, because that single “81” couldn’t make up for all the 30s and 40s I continued to score on my other tests. But as it turned out, it didn’t really matter. You see, it has been nearly 50 years since I took that course, and I honestly can say that not once have I found it necessary to use anything I learned (or didn’t learn) in chemistry class.

Now if you will excuse me, I have to go fill a pot with some H2O and sprinkle in some NaCL and c17h19no3 and start dinner.

FOR A LIMITED TIME, DOWNLOAD MY ROMANTIC THRILLER “HEED THE PREDICTOR,” FREE OF CHARGE!  JUST CLICK ON THE PHOTO BELOW AND CHOOSE YOUR FAVORITE FORMAT (KINDLE, PDF, EPUB, ONLINE READER, ETC.). THEN LET ME KNOW WHAT YOU THINK! 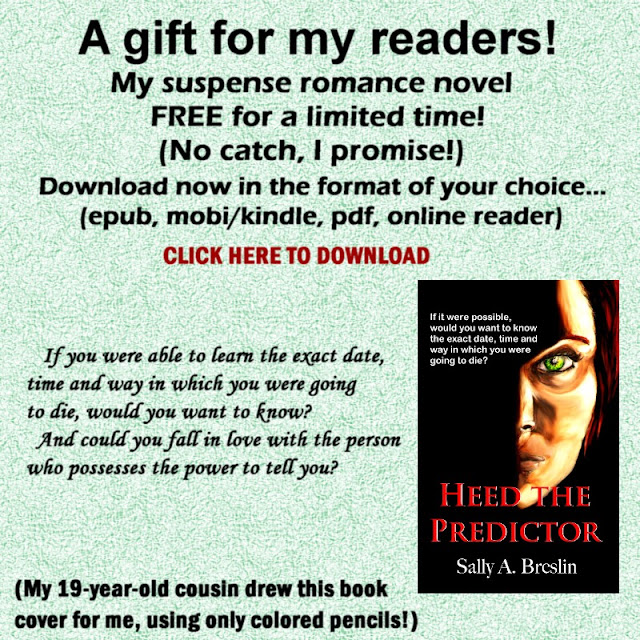 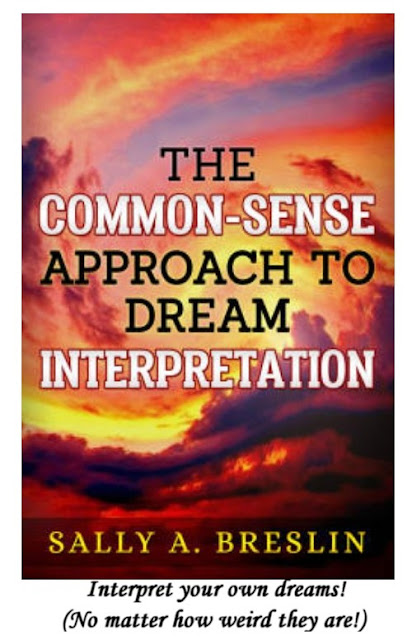