I LOOK AT BIRTHDAYS DIFFERENTLY NOW

As I sit here facing yet another Halloween birthday, I can’t help but think about how my attitude has changed over the years.


Back when I was a kid, birthdays were something I looked forward to with eager anticipation.  The cake and ice cream, gifts and party were only part of the excitement. The best part was getting older, so I wouldn’t have to be a kid any more.


Boy, was I ever clueless.


Now, birthdays cause me to have mixed emotions. First of all, I feel fortunate to have survived long enough to see another one. But then I feel unfortunate because it’s a grim reminder I’m officially older than dirt. I also know that another year older means my body is another year older, and like an old used car, probably will have some parts that will become outdated and need replacing, run more sluggishly or make weird noises.


When I was a kid and someone asked me my age, I’d always try to make myself sound older by saying something like, “I’m 10 and three-quarters” because it was closer to 11.  Now, when someone asks me how old I am, it takes me 20 minutes to remember. Then, when I do remember, I suffer from reality shock, because my brain still thinks I’m 30.


I was talking to one of my friends the other day about how I can’t believe that some of my former classmates not only are grandmothers, they’re also great-grandmothers.


“But times have changed,” my friend said. “Grandmothers and great-grandmothers nowadays are cool!  Do remember how our grandmothers used to look? They wore those long housedresses, thick cotton stockings and clompy lace-up shoes. Did you ever once see your grandmother wearing jeans and a T-shirt like we do?”


I tried to picture either one of my grandmothers wearing jeans and T-shirts, and I burst out laughing.  My friend had a point. This definitely is the era of non-grandmotherly-looking grandmothers.


Still, I’m not looking forward to getting another year older. First of all, there will be the usual arrival of birthday cards with old-age jokes on them. Last year, I received too many to count.


But one card I’m still trying to figure out said, “Birthdays are like cats. The more you have, the more your house stinks.”


I don’t think I want to know why.


When I was young, my birthday, because it’s on Halloween, involved an entire day of partying and stuffing myself with so many sweets, I could feel the cavities popping out in my teeth. You figure, there was the Halloween party at school, followed by my birthday party after school, followed by trick-or-treating at night. By the time I went to bed on my birthday, I’d eaten the equivalent of my body weight in cake and candy.


But when I reached adulthood, my birthday usually involved going out to lunch, coming home to hand out candy to trick-or-treaters, and then going to a Halloween dance or a costume party.


Now, I usually miss most of my birthday because I don’t crawl out of bed until the middle of the afternoon.


My favorite part of Halloween always has been seeing the trick-or-treaters and their creative costumes. Where I used to live, it was common to have 75 or more kids come to my door on Halloween night. But where I live now, I’ve had only two trick-or-treaters in six years. I thought there were two more – two kids in a very realistic deer costume – but it turned out to be an actual deer walking up my driveway.


The one thing I still look forward to on my birthday is my annual mountain of gifts from my two friends in New York. They love yard sales and flea markets, and go to over 100 per year. They know I enjoy selling things on eBay, so whenever they see something collectible they think I might be able to sell for a good profit, they buy it for me. By the time my birthday arrives, they’ve usually collected so many things to send to me, my poor UPS guy nearly needs a crane to help him lift them all.


It’s always exciting, though, to see the surprises they’ve sent – everything from a Grateful Dead cookie jar and a Queen Amidala necklace from Star Wars, to a Harry Potter pop-up book and a Betty Boop doll. Opening their gifts is like discovering buried treasure.


So this year, I have no idea what to expect on my birthday, other than the fact I’ll be a year older.


I can only hope I won’t get any more birthday surprises like the one four years ago – the 2011 Halloween snowstorm that dumped about two feet of snow and knocked out power everywhere.  I thought I saw a trick-or-treater dressed as the Abominable Snowman trudging up my driveway. 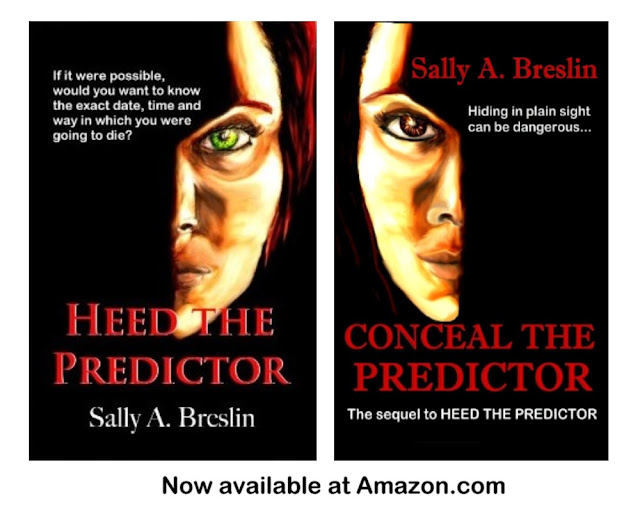