I was thinking the other day, as I watched the snow falling and the wind blowing it everywhere, how my attitude about snow has changed over the years.


When I was a kid, snow was thrilling to me. Those frosty little flakes meant going sliding, building snowmen and snow forts, and the best part of all, having a day off from school.


Sliding was my favorite snow-time activity, especially on my state-of-the-art flying saucer. The original flying saucers were made of aluminum and became dented beyond recognition after you hit just one bump with them. So I 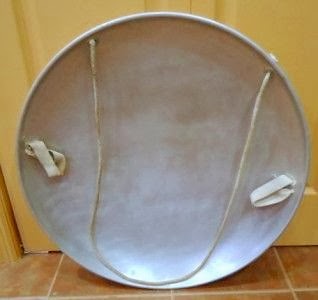 upgraded to one made of red plastic with yellow trim. That thing zipped down hills so fast, all I saw was a blur whenever I used it – that is, when I actually had my eyes open. Most of the time when I was sailing down a hill, I’d clamp my eyes shut and pray that the saucer eventually would come to a stop before it slammed into a tree or ended up on top of the prone body of another human being.


It didn’t matter to me when I was young if it was 20 below zero outside with gale-force winds. I would bundle up in three layers of clothing, grab my flying saucer and head over to the steep hill in the field across from West High School. I didn’t consider my day a success unless I returned home hours later with my clothes soaked all the way through, my nose running like sap from a maple tree, and my cheeks the color of a slab of raw steak.


When I met my husband, I discovered that he enjoyed the snow, too – but from the warmth of his car.  His idea of fun during a snowstorm was to drive to an empty parking lot and do “donuts” with his VW Beetle.  And I, sitting next to him, was just as dumb as he was, squealing with delight every time the car spun around in circles. We were lucky we didn’t end up hanging upside down by our seatbelts.


As time passed, however, the daredevil in my husband began to wane. Fast forward to a snowstorm 30 years later, when I called him at work.


“Can you stop at the store on your way home and get some bread and milk?” I asked him. “We’re all out.”


“But it’s snowing out!” he protested. “I want to come straight home.”


“It’s only a light dusting. And it’s already stopping.”


“A light dusting can be very dangerous,” he said. “I’m taking my life in my hands by just driving home. I don’t want to have to stop anywhere, especially if I have to walk across a parking lot. I could slip and fall and break a hip!”


My daredevil had turned into a wuss. 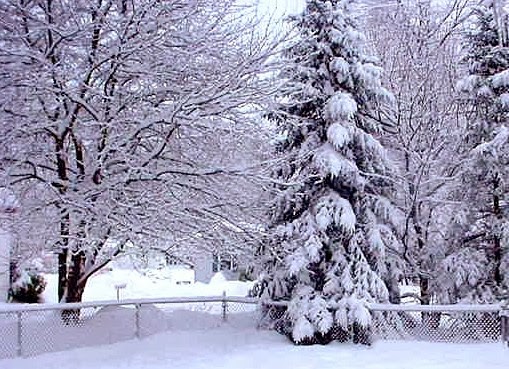 I remember when my husband splurged and bought his first snow blower. It was the Hercules of snow blowers, huge and heavy, with big tank-like tracks underneath. You’d think he was preparing to clear the Kancamagus Highway instead of a driveway that was only two cars wide and a little over a car-length long.


Just dragging the snow blower out of the shed was enough to induce an instant hernia. As it turned out, neither my husband nor I had the energy to deal with the monstrosity, so I, because I had the stronger back, usually ended up shoveling.


One time, after I’d been shoveling for nearly an hour, thanks to a snow bank that rivaled Mount Everest behind my car, my neighbor, who’d just come home from work, called out to me, “Where’s your snow blower?”


As if on cue, the front door of my house creaked open and my husband appeared.  He was dressed in so many layers of clothes, he looked as if he’d opened his closet and just put on everything in it.  A fuzzy woolen hat with earflaps that snapped under his chin completed his ensemble.  I had to bite my lip to keep from laughing.


Waddling back and forth with his legs stiff (because he couldn’t bend them under all of those clothes), he slowly moved toward me.  “Don’t do any more shoveling,” he said. “I’m going to use the snow blower and clear the rest of it.”


“Fine with me,” I said, thinking it was about time someone actually was going to use that beast of a machine. “I’m cold and tired.”


My husband made his way out back to the shed, which took him about 10 minutes because he had to walk like a robot.  He poured some gas into the snow blower, then pushed it out to the walkway, which I’d already shoveled, and tried to start it.  He yanked on the starter cord a few times, but nothing happened, so he moved to position himself so he’d have better leverage.  When he tugged on the cord again, he lost his balance and began to fall over backwards…in slow motion.


I know it’s a terrible thing to say, but it was the funniest fall I have ever seen.  As he began to very slowly topple over, his arms made tiny circular motions, as if he were trying to fly.  He landed in a snow bank, flat on his back with his feet up in the air.


My neighbor and I, sympathetic souls that we were, burst out laughing.  When my poor husband made no move to get up, however, we became concerned. “Are you hurt?” we asked in unison.


“Just my pride,” he muttered, still lying motionless in the snow. “I don’t think I can get up. My clothes are too tight.”


With some help from the neighbor and me, my husband finally managed to get back on his feet. He started the snow blower and cleaned up the rest of the driveway.  Then he groaned about his sacroiliac for the next week.


It pains me to admit it, but I’ve completely lost that feeling of breathless excitement that always overcame me when I was a kid and saw snow falling. Sadly, at some point over the years, snow ceased to be fun to me any more.  The thrill is gone, and I’d really love to get it back.


I’m thinking I should go buy myself another flying saucer.